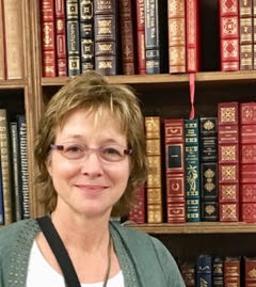 Michele has lived in the Central Coast since 1982. She has an M.S. Degree in Psychology from Cal Poly State University. As an undergraduate she studied history and philosophy, with a particular interest in the cross-cultural history of parenting practices and theories of child development. Prior to her work as a psychotherapist, Michele cooked and served meals for the homeless, worked as an on-call crisis worker for the local women’s shelter, and facilitated support groups for rape survivors at  Cal Poly.

As a psychotherapist, Michele has worked in a variety of agency settings in SLO County including Department of Social Services, SLO County Behavioral Health, and Willow Creek Nonprofit; for eight years she also co-facilitated experiential groups for teen girls on probation referred through Juvenile Services. In addition to private practice, Michele currently works as a clinical supervisor for Transitions-Mental Health Association’s residential treatment program for at-risk youth.

Since 1994 Michele has been a member of the California Association of Marriage and Family Therapists (CAMFT) and served as a board member on the Central Coast Chapter of CAMFT from 2000 to 2004. She also is a member of the Somatic Experiencing Trauma Institute and the United States Association for Body Psychotherapy.

Michele works with compassion and respect; she maintains a keen sensitivity to ethnic and religious differences, sexual orientation, and gender diversity. Michele enjoys working with adults, children/adolescents, couples, and families.

Michele enjoys connecting with people in ways that support an increased sense of aliveness and groundedness. Michele is interested in how culture influences our sense of self-worth and how relational experiences throughout the lifespan correlates to how we live in our bodies, make choices, and design our lives. Her approach is relational, experiential and body-oriented. Her areas of training and experience include working with the complexity of trauma and loss on the developing sense of self. Michele draws from a variety of body-oriented modalities in her work, including Somatic Experiencing, Lifespan Integration, and EMDR.

Michele's commitment to her training and development as a psychotherapist emerged out of her personal interest in the motivating forces underlying interpersonal violence—psychologically, physically, and culturally. Starting in 1990, Michele worked as a self-defense instructor teaching over a thousand individuals, including children, in San Luis Obispo county, how to assess and respond effectively to potentially life-threatening situations.

Beginning in 2003 Michele immersed herself in the study of Nonviolent Communication (developed by Marshall Rosenberg) which deepened her understanding of how human’s in an effort to be “safe” sacrifice their internal navigation system—resulting in dissatisfaction and disconnection inside and out.  Michele’s work as a body-oriented psychotherapist continues to be influenced by her background in dance, study of Aikido, a nonaggressive martial art, as well as other arts and systems of self-defense, such as “Model Mugging” which she taught in San Luis Obispo County in the 1990’s.